Everything you can learn from the MK9 Logo Design

The design Studio embarked on the project of freshening up the MK9 logo design branding in the year 2019. When we analyzed the logo design, we were baffled by the creativity designers’ level to bring this innovative design to life.

Therefore, in this blog, we thought of bringing your acquaintance with the design journey and the process of MK9 logo designing.

The Introduction to MK9 Logo design

A logo is the visage of any brand identity. It should be simple, easily readable, authentic, and original, memorable, and capable of capturing the particular brand’s essence. However, due to the company’s complexity, the MK9 logo designing was never an easy task to carry forward.

Offering a wide range of services in design and tech, the MK9 as two different sides of the business to reflect. With two different objectives, the company needed a logo that tended to carry the message of both their jobs. Moreover, both the objectives of the company had something in common, i.e., computers. Both businesses relied hugely on computers.

This means that the digital elements needed a custom typeface that could fit right in the domain of computers and technology along with a great taste of design.

The company went with overlapping geometric shapes that aimed to suggest modernity and sensitive nature. The sleek and pointy edges gave a techy vibe that complemented the bright and bold brand colors. Also, the company thought of using inspiration from the circuit board that would look memorable. Perhaps, the complexity that it carried made it harder to understand; therefore, the company dropped the plan.

The digital elements were the most presentable in their Typeface that was inspired by a digital alarm clock. The simplistic logo design with a unique element showed that the texture was within the letters. The overlaying of the infinite triangle gave the overall logo Typeface a crystal-like effect.

The formation of Left and Right Brain

Have you encountered a situation where someone had asked you which side of the brain you were? Yes, the concept behind this question’s basics is the foundation of the next MK9 logo design.

The question meant which side of the brain do you mostly use all the time. The brand’s left-hand side is used for logical thinking like Maths, Science, analyzing things and numbers, planning, and datum. On the contrary, the brand’s right and side is mostly used for creative thinking like art, music, 3D formation, colors, and imaginary thoughts.

Now that you know the use of both sides of the brain, you will easily understand why the MK9 logo is a marriage between the left and right brain. This is because it tends to connect both the right and left-sided thinker, coders with the tech (user of left brain), and the creativity bringers in the design (one who uses the right side of their brain).

The addition of Phoenix

The process of creativity is a tortuous trail of epiphanies, coffee, sugar, and unlimited strokes of genius. It happens that more of these strokes of geniuses lead a company to the off-color and off-brand to ideas that should have been abandoned in the shower daydream. Still, the one snuck through and wondered what Phoenix was and where we were thinking.

MK9 is where everyone thinks about taking our clients’ businesses to another level and giving them a rebirth just the same way as Phoenix. If you believe the designers, that is where the thought process was heading when one was creating the MK9 logo design.

The Rendezvous with Noodles

The use of the octopus vector is one of the popular things with the Design Studio. One can easily find them struggling with marketing duties. The octopus vector was enough to spark the idea of creating a mascot with the logo to capture both the tech and design using a themed destination.

In the branding, the Design Studio traveled in the yellow submarine to dive deeper into the design. On the other hand, the tech lab traveled in the rockets to outer space.

The MK9 logo design had the potential to be interpreted as an alien or an octopus, depending on whatever side of the company it would be representing. Alien for tech, and an octopus of designing, that was what ran in the designer’s mind. The noodle action will help in a better understanding.

Being inspired by the flat graphic style that already existed, the MK9 logo was fun and playful with a hidden meaning underneath.

The beginning was the end

At a point, many ideas were developed, scrapped, and explored. However, the Design studio regrouped and took a step back at the progress and feedback it received.

Most of the critique and the continuous comment said that the logo designs were too complicated- and choosing them would not be an excellent option.

The best way of delivering a message is through texts. A text is an exact, direct form of communication. Therefore, the designer went to the beginning, where it was all started, and focused on the typeface logo. At that point, everyone wanted it to complete quickly so that the other brainstorming could be done, and everything could be incorporated in the logo. This method of working allows one to consider every option one has, no matter good or bad.

The process of designing a logo is a complicated task. More than complication. Its about exploring enough options so that one can choose the best out of it.

Amateur designers and start-up owners can learn from MK9 logo design method to never be in a hurry to design the best logo design. One should always give time to the process and explore the options available. MK9 had the best logo in the first go itself. However, it still chooses to consider different options. And there they were, with the finished logo—a custom-designed typeface with an edgy and techy essence that was clear, simple, and easily readable.

Are you looking for a user friendly website design?

We are waiting for you to explore our services and we are sure you will like them. Why not give it a try?

Vikash is a content writer, currently active in the field of designing and brand building. He is an avid reader and a internet savvy, always keen to learn more about brands and the way they communicate with their wide audience. 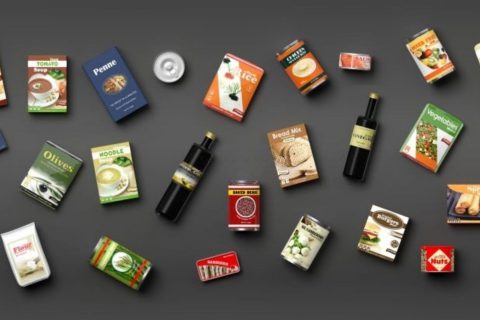 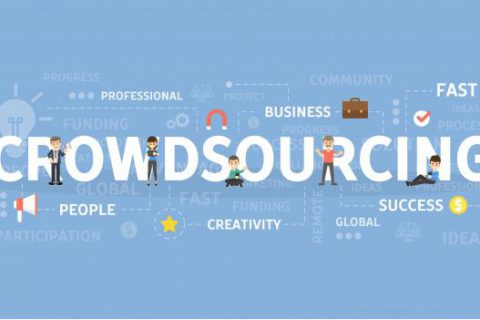