Secret Stories Behind The Most Famous Fashion Logos

Have you ever wondered how fashion logos of the most emblematic luxury brands were created?

Recognizable among millions of fashion brand lovers, the logos remind us in just a second of the signature that they represent and more broadly, all their style and values .

You already know it, the image of a brand depends on numerous factors, but the visual impact is one of the first when it comes to popularizing and establishing a firm.

When have seen many luxurious fashion logos, but we hardly think about their meaning. The double C of Chanel, a tribute to its creator Coco Chanel, appears on the closure of all the bags of the brand, and especially the most iconic, the Chanel 2.55 created in February 1955 for a reason of comfort : having your hands free at a time when handbags were carried almost exclusively. Its history seems obvious, but it is not always the case.

Much more than a design, a fashion company logo is a condensation of its history, essence and characteristics , hence the need to change it as little as possible.

Although some high-end fashion logos have opted to modernize it in recent years, classic designs are the most recognizable and above all, they manage to transmit their power from generation to generation.

The original drawing in fashion logos is the one that touches the largest number of people. Many luxury houses choose the initials of their founder, like Gucci, while others prefer to show off an animal with a strong symbolism. The horse and the eagle, by Hermès and Armani respectively, are the best examples: they intend to indirectly transmit through these two mystical animals strength, elegance, power and excellence.

Some choose objects such as Rolex, whose crown clearly represents victory but also the prestige that so directly characterizes the brand.

What is the key to the success of the above mentioned fashion logos?

Undoubtedly, the choice of a simple, easily recognizable and reproducible symbol in fashion logos, which reaches the greatest number and is literally timeless.

How much do you know about Prada, Gucci, Chanel, Dolce & Gabbana logo?

We reveal the history and hidden meaning of 12 luxury fashion logos that could really surprise you. Some low cost firms such as Zara have taken an example , betting on visible logos on their garments.

Discover without waiting, the secret stories behind the top 12 fashion logos.

Chanel’s classic capital letters CC correspond to the initials of its founder, Coco Chanel , although some suggest that it may also be the union of the two vowels of her name. Despite that, Chanel’s fashion logo is the quintessential sign of the house.

The Versace logo is the head of Medusa, a Greek mythological figure because Gianni wanted her signature to represent the spirit of a powerful and fighting woman . For this reason the logo is inspired by this character from mythology, as the designer was a great fan of classical culture.

That of Loewe , for example, has undergone important modifications throughout its history. The most famous is the so-called ‘crab’, the result of the union of four els and which has been updated by the firm this year.

The famous crocodile as a representation of Lacoste was born thanks to Rene Lacoste, tennis player whose nickname was ‘Le Crocodile‘ and who was the founder of the brand.

If you think that Fendi logo, (the double F) comes by the name of the firm, you are wrong.

In 1960s, newcomer Karl Lagerfeld  coined the term ‘Fur Fur‘ to refer to the fur coats he designed for the brand. Later, Fendi went on to simply mark them with the double FF and adopted this fashion logo design.

In 1896 a Frenchman named George Vuitton decided to pay tribute to his father Louis and created the LV logo, which along with geometric floral drawings stamped on his suitcases. Years later the Louis Vuitton monogram is the emblem of luxury and exclusivity par excellence.

More than its logo, Tiffany & Co.  would be nothing without its characteristic blue color. The color was selected by Charles Lewis Tiffany for the brand’s catalog, the Blue Book, in 1845. The company has the patent for the shade, which it uses in all its packaging and as a corporate color.

Burberry Prorsum is recognized for its equestrian horse logo . It was registered at the beginning of the 20th century and contains the word ‘Prorsum’, which means ‘forward’, showing the desire to move forward and stay in the future of the company.

The horse is also important in the Hermès logo . The French maison has a logo consisting of a horse and a cart since, in its beginnings, they manufactured products for the world of riding.

Although the fashion collection is now only named Saint Laurent , the logo of the French firm will continue to be the interlaced initials of its founder, Yves Saint Laurent . Created in 1961 by Yves  himself together with Cassandre , a French artist, he is a fashion icon.

The logo of the Italian firm pays tribute, like Chanel, to its founder: Guccio Gucci. The famous ” double G ” usually appears on the bag closure and has never been replaced.

The haute couture house is one of those that chose an animal as a symbol: it is an eagle that represents quality, excellence and strength. Emporio Armani logo is one of the best fashion logos in the fashion industry.

How to get a Unique Business Card Design for Your Startup

How to Design a Memorable Logo from Scratch (7 Steps) 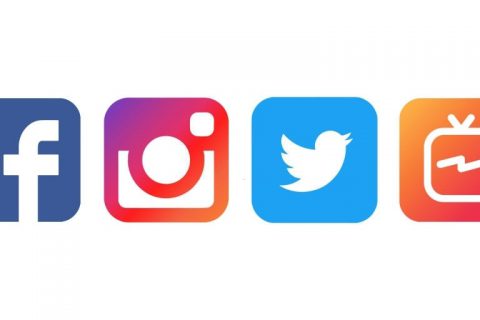