10 BEST CRYPTOCURRENCY LOGO DESIGNS WHICH ARE RULING THE MARKET

Cryptocurrency is by far one of the most modern medium of investments. It seems like it was just yesterday, that the idea of having digital currency was pitched in; even though the first crypto transaction happened back in 2010.
Bitcoin essentially made cryptocurrency, a sensation overnight. It is safe to say that Bitcoin literally started it all.

If you go on the street and ask any random person about cryptocurrency, their answer will revolve around Bitcoin. This is the impact and coverage Bitcoin has gathered since it was released.

We had to start the list out with something which made a mark in the industry. Just as we discussed above, Bitcoin started it all for cryptocurrency and at this point, it is safe to say that Bitcoin might even be the father of crypto.

Originated originally in 2010, Bitcoin has held the cryptocurrency crown for more than a decade now and is single handedly the most used cryptocurrency in the world at the moment. Apart from being a sensation, the bitcoin logo design in itself is considered a normal currency at this point.

The logo design of Bitcoin is very unique and simple, it looks like a normal currency symbol. And that is what makes this logo design the top of our list. It checks all the boxes in terms of being recognizable, unique, and usable.

The beauty of this logo lies in the fact that a person who knows nothing about bitcoin, will be able to deduce that the logo has something to do with money.

Dune Analytics is a platform that provides data tools for the Ethereum Network, built by the community for the community. Data from Ethereum Mainnet, Matic, Optimism, and xDai may be studied and shared for free.

In comparison to Bitcoin, Dune Analytics’ logo design is fairly basic. The typeface is basic, and the name implies that it is tied to anything being analyzed.

The circle filled with red and blue hues represents sharing while also implying collaboration with the broader blockchain community. It creates a powerful brand representation despite its simplicity.

Ripple intends to be a frictionless money-transfer medium that may be used for currency exchange, remittance, and other online transactions. Through Ripple Net, it serves as a conduit for banks, digital asset exchanges, and payment providers. Ripple’s logo design appropriately portrays the company’s mission.

A blue jigsaw puzzle piece, a triangle over the puzzle, and words underneath it makes up the logo design. The jigsaw puzzle piece does not represent what it displays, but it does symbolize a link of three dots that all meet at the same spot. The triangle above it reflects the bond that all three of them have. The blue hue provides a sense of security.

NFTs are becoming more widespread by the day, and with such organizations in place, they will quickly supplant established conventions.

Flamingo has a text logo design with pixel graphics of a flamingo in the backdrop. Although it does not provide much information about the organization, the use of colors and the flamingo will undoubtedly pique the interest of viewers. The pixel graphics of the flamingos hints at NFTs in the form of digital assets.

After experimenting with a variety of blockchain technology, we’ve returned to coin. Another cryptocurrency and open-source software project is Litecoin. Because of the similarities in names, it was considered an early Bitcoin offshoot that began in 2011.

Not only do the names have similar phonetics, but the logo designs are similar as well. The Litecoin logo is a coin with a sliced L on top.

Overall, it’s a simple and quick theme. Similarly, the Litecoin text typeface is thin, which is in keeping with the name.

NEM is a platform that creates a seamless connection between public and private blockchains. It has been designated as the world’s first smart asset blockchain.

The NEM logo design consists of two elements: basic lettering and a bright shield. The neat typography is always appealing, and the bright shield depicting a link between three realms also looks catchy.

This cryptocurrency is used to conduct quick, instantaneous, and private digital payments using a secure open-source platform, as the name implies.

Dash has a hidden essence which combines the words “digital” and “cash.” And its logo design is a basic italic font with a little dynamic angle at the end and a distinguishing ‘D’ that stands for anything swift or speedy. Hence, implying fast transactions.

In the blockchain realm, Launchpool takes an egalitarian approach. Launchpool advocates for bringing together and rewarding all stakeholders linked to the sector.

For Launchpool, each and every stakeholder holds the same essence. Their logo design flawlessly represents the equality on which they are based upon.

The logo is a loop, with one of the tangles represented by a straight fast-paced route. It exemplifies their mission in the fast-paced, egalitarian realm of blockchain technology.

This low-fee cryptocurrency is secure and quick as well. Using zero-knowledge cryptography, it can fully secure transaction privacy. It has a lot in common with Bitcoin.

And a dollar-shaped Z in black hues appears within the coin, with some basic typography incorporated beside it.

Monero is a cryptocurrency that seeks to be a private, secure, decentralized, and untraceable cryptocurrency. You are your own bank with a Monero account.

The simple logo design for the security-focused cryptocurrency is a circle with a stylized “M” incorporated in it. It’s rather inventive since it demonstrates Monero’s emphasis on security.

Logo design contests should be your go to if you want to save time and money while designing the ultimate cryptocurrency logo for your brand.

Designfier can assist you with organizing these logo design contests at an astonishing price for the services they provide. For a revolutionary price of just $99, you can ideally design a bright future for your brand.

The company caters with designing needs for all brand identity elements. Hence, you can never go wrong with choosing Designfier for your latest design projects. Let the professionals do the heavy lifting for you.

Hacks to create a professional ecommerce logo for your online store 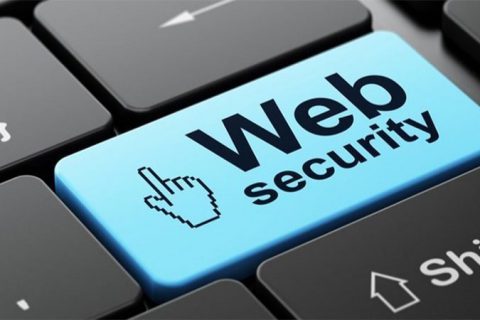