Starbucks logo Meaning, history, and evolution for design hacks in 2021

All about Starbucks logo and things to learn

And what is the first name that strikes your mind when you think about coffee? Starbucks? Of course, they have earned the prestige of being consistently giving us the world’s best coffee.

Now, what makes Starbucks such a successful business in coffee? Is it only for the great coffee it prepares? We doubt that. Starbuck’s brand identity has always been the best. And when it comes to brand identity, the logo plays a crucial role.

Now, we are going to dive deeper into Starbuck’s logo and see what makes it so touching, intriguing, and successful.

A brief history of Starbucks

Not just with its amazing coffee, but also with its unique brand identity, and equally amazing logo design, it has won every heart in countries where it operates. Starbucks ‘ logo design is one of its many reasons for its wide range of appreciation and success. Its memorable symbol is one of the best logo designs in the world, highly adored for its creativity and design.

However, Starbucks logo design has gone through many conceptualization changes over the years to stand the market competition and to be alive. However, all the changes that it went through were technical changes that the market demanded, and Starbucks addressed it like a boss.

Starbucks Logo- A Ride to the past and its origin

Founded by three partners in Seattle on March 30, 1971, the company was named “Pequod” after a whaling ship, Moby-Dick from Herman Melville’s American classic. However, being a peculiar name, it changed the name to Starbuck after having a round of discussions.

At the very beginning, Starbuck’s logo was a “twin-tailed mermaid”. In Greek mythology, its sirens lured sailors to shipwreck the coast of an island which is also referred to as the Starbuck Island today. This logo was used to attract coffee lovers everywhere.

In 1987, the logo design went through some dramatic changes when Howard Schultz took over the company. It was he who got the complicated logo design freshened up and added some corporate polish to make it look and feel fresh as a business logo design should look. However, no matter what, the logo design managed to keep the iconic mermaid in the new logo too.

With its rapid growth, the logo evolved and emerged to become one of the most recognized logo designs in the world.

One reason for such appreciation and love the Starbuck logo design has earned through the year is its simple use of color. The shape and the colors use integrate well together giving an ultimate design.

In 1971 the company got its first logo design that had a topless siren with a dual fishtail and fully visible navel. The logo design had a circular ring that was surrounded by a two-tail mermaid inspired by mythology in a brown color coffee palette.

The second version of the Starbucks logo happened to be in 1987. It was more of a refinery of the former design. The logo featured an image of a bare-bodied mermaid covered with flowing hair. This logo design also had the naval of the mermaid visible.

The company’s name was featured inside the circle with two stars. Also, the brown color was replaced by green which was enough to brag about the growth, freshness, and prosperity of Starbucks taken over by Howard Schultz.

The cleansing process of the logo in 1992

The third change in the Starbucks logo design happened in 1992 and it evolved into a close-up view of the mermaid and a cleaner design. The navel was disappeared and only the fishtail remained. The color however remained the same with the company name visible with two stars on both sides.

A modern touch to the Starbucks logo in 2011

Starbucks logo design was innovated in 2011 to mark the 40th anniversary of the company. The revised, streamlined logo design had an enlarged image of the siren in the color green. Stars and the wordmark also disappeared.

However, critics and fans did not quite appreciate it and the company faced some harsh critic from designers, and its admirers.

The legendary logo design of Starbucks was born after hectic brainstorming by Terry Heckler who went through quite a lot of marine books until he designed a logo based on a 16th century Norse woodcut; a two-tailed mermaid.

The shape of the design-

The logo is in a circle with the brand name word-marked inside with two stars on both sides. However, the new logo design had a zoomed siren with no wordmark or stars.

Color of the design-

The major reason for Starbucks logo design success is the white and green color used together. The tails are in white and the green is used to differentiate the background of the emblem.

What’s your call on this legendary logo?

The history of the logo design proves the importance of having a strong brand identity, and an amazing logo design for a successful brand set-up. The Starbucks logo shows how the originality and uniqueness helped it to beat the market competition, and to stay consistent with a changing market. Starbucks logo is full of creativity and is a treat to all who appreciate authentic design.

Looking for a designer for your company?

Launch a Contest
How it works?

Vikash is a content writer, currently active in the field of designing and brand building. He is an avid reader and a internet savvy, always keen to learn more about brands and the way they communicate with their wide audience.

Top 10 Crowdsourcing Websites that are well worth your consideration 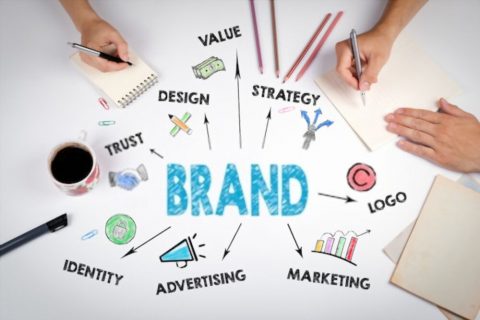 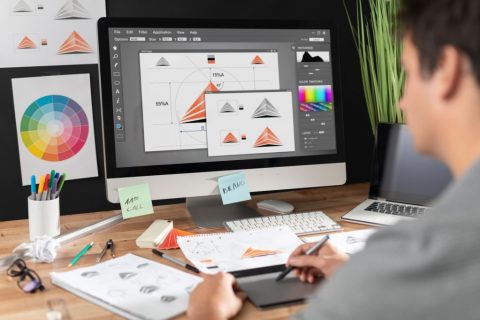 Hacks for Updating your Logo Design for 2021: Delete and Start Anew, or Adapt your Old Logo?